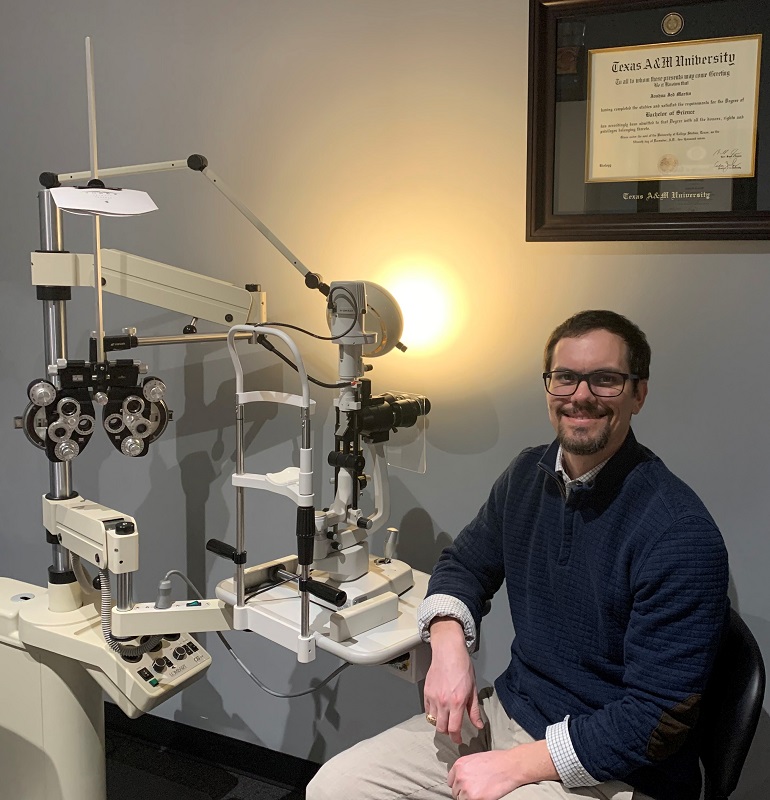 Dr. Martin is a native of West Texas and the Texas Panhandle and is very excited to be practicing in Bulverde. He attended Texas A&M University where he was on the Dean’s List and received his Bachelor of Science degree with honors in Biology in 2007. Dr. Martin was awarded his Doctor of Optometry in May 2012 when he graduated from the University of Houston College of Optometry. He was recognized there with clinical letters of excellence in areas of Family Practice and Ocular Disease. Dr. Martin obtained his Glaucoma Certification in August 2012.

Dr. Martin’s interest in optometry sparked from mission work in South America where he worked alongside an optometrist providing vision care for less fortunate individuals. 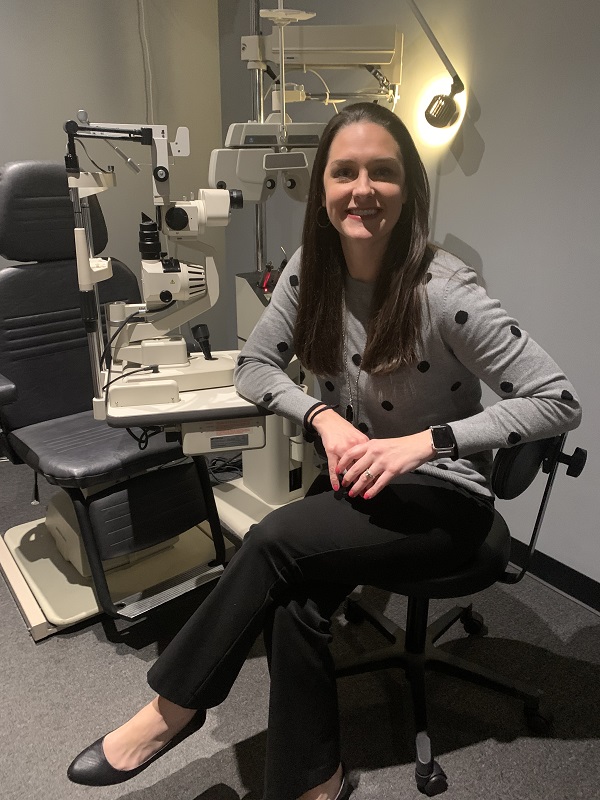 Dr. Lindsey Denison Martin was born in Austin, Texas and grew up in the small town of Bertram, Texas. She attended college at the University of Texas at Austin where she was placed on the Dean’s List. She received her degree in Biology in May 2008. While in college she worked for a private optometry practice and became very interested in the profession. She attended the University Of Houston College Of Optometry and graduated in May 2012. She is also licensed as an Optometric Glaucoma Specialist in Texas. While in optometry school, she received clinical letters of excellence in contact lens and family practice clinics. She is a member of both the Texas Optometric Association and the American Optometric Association. Dr. Denison is very excited to be practicing in San Antonio and enjoys working with patients of all ages to help find the solution to any of their eye care needs.

Dr. Kaeleigh Bochat is a certified, licensed Therapeutic Optometrist and Optometric Glaucoma Specialist. Dr. Bochat was born and raised in Bulverde, TX. She attended Texas A&M University and graduated with honors with her BS in Kinesiology in May 2017. She then attended the University of Incarnate Word Rosenberg School of Optometry and graduated Magna Cum Laude with her Doctorate in Optometry in May 2021. During her clinical rotations, Dr. Bochat received the Clinical Excellence Award in family practice two years in a row, as well as awards in academic excellence in 2019, 2020 and 2021. Dr. Bochat is a member of both the Texas Optometric Association and the American Optometric Association.

Dr. Bochat is so excited to be back in her hometown serving the community that formed her and is committed to providing exceptional eye care for every patient.

Accessibility by WAH
Call Us Text Us